After Its Founding in 1929, Dalat School Continued to Serve a Small Number of Children From Missionary Families Living in French Indochina (Now Vietnam)

Dalat’s student body totaled three students in the first year — George Irwin (grade six), Evangel Travis (grade three), and Harriette, or Hat as people called her, Stebbins (grade one). All were taught by Miss Armia Heikkinen in a rented home while a large two-story school was constructed.

Herb and Lydia Jackson cared for the children as dorm parents and directors of the school, a role they kept for 20 years. George Irwin would have been the first graduate from Dalat in 1935, but his parents returned to Canada in 1934. Hat Stebbins was in Dalat’s first graduating class in 1941.

The love story of George Irwin and “Hat” (Harriette) Stebbins isn’t so different from most others. What is unusual is the story’s setting — oceans away from their native Canada.

Though both claimed Canadian citizenship, neither was born in his or her “home” country. Each was born in the port city of Danang in French Indochina (now known as Vietnam) to couples who were missionaries. George arrived first in 1917, born to E. F. and Marie Irwin (pictured on the far left and far right of the photo; photo courtesy of Edwin Irwin); then in 1921 Hat was born to Irving and Mary Stebbins.

Raising families overseas in the 1910s and 20s was a challenge — most missionaries eventually sent their children to their home countries to receive an education since international schools were unheard of at that time. But for the Irwin family, that wasn’t an option.

“They told the people at their church [in Canada] that they did not think they could return to Vietnam as missionaries unless the mission solved George’s education problem,” says Edwin Irwin, who is George’s son. “He was already in the fourth grade and the schools in Vietnam did not provide the right kind of education.”

The mission — the Christian & Missionary Alliance — agreed to find a teacher, and the Irwins’ home church supplied funds to buy a campus in Da Lat, Vietnam.

In 1929, George became the first student of the officially named Dalat School in his sixth grade year. Hat (grade one) and Evangel Travis (grade three) soon followed. The students lived with “Uncle” and “Aunty” Jackson, C&MA missionaries already working in Da Lat. They lived in a family-like environment, and although George and Hat were friends, they were not childhood sweethearts. Eventually George and Hat’s siblings (George had two and Hat had six) also attended the tiny school. 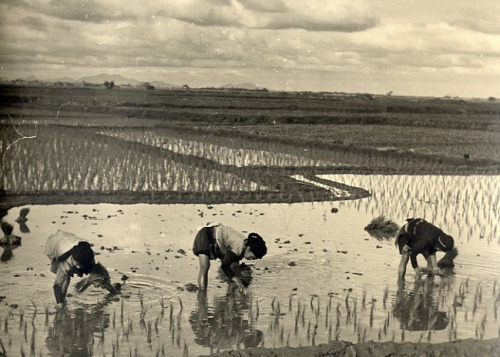 Often the Jacksons would take the children into the jungle villages of a people group they hoped to reach with the Gospel. They would either walk or ride out on horseback, since only footpaths connected the city to these villages. These experiences led George and Hat to develop a deep love for the local people. In fact, both of them independently committed their lives to return as missionaries to Vietnam while studying at Dalat School.

The Irwin family’s home assignment came due in 1934, so George completed his junior and senior years of high school in Toronto. He then attended Nyack Missionary Institute (now Nyack College) and completed his training to become a missionary and return to French Indochina.

As George prepared to move back overseas in 1941, Pearl Harbor was bombed. All travel plans for civilians going anywhere were halted, and George had to focus instead on a military career. He decided to join the Royal Canadian Air Force (pictured in his Air Force uniform; photo courtesy of Edwin Irwin).

Meanwhile, Hat had graduated from Dalat — from the school’s first graduating class — in 1941. A year later, she entered Nyack Missionary Institute to prepare for missionary service.

During her first year at Nyack, she received a letter from her old school-mate George Irwin. The last time she had seen George was at Dalat School seven years earlier, and this letter flattered her.

They began corresponding, then courted, and finally married on November 28, 1945, at Nyack, right after George’s discharge from the Air Force. 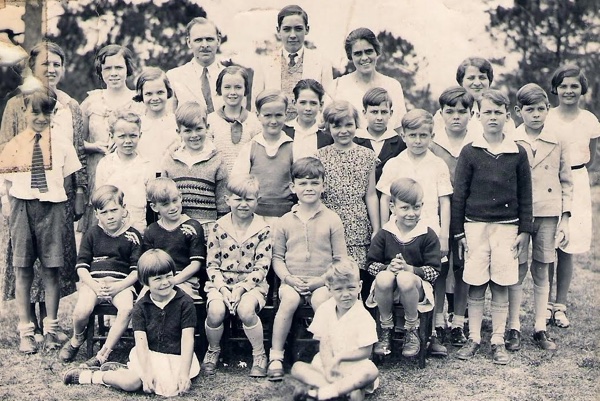 Together, in 1947, they returned to the people and place they both loved so dearly — this time with a brand-new daughter, Marilyn. Based in the city of Dilinh, the couple worked with the same people group they had known and loved while growing up in Da Lat, taught about Jesus, translated the Bible into the local language, provided medical care, and taught literacy. George and Hat eventually worked in other areas in Vietnam, but most of their efforts concentrated around Dilinh.

“George simplified life,” says his son Edwin. “He took complex issues and made them simple and practical. He loved the people, served them, visited them in their homes and villages. …George [used] his Land Rover as a taxi, a truck, an ambulance, and a hearse so he could serve the people who possessed nothing but their feet to transport themselves.”

In 1975, the North Vietnamese launched a massive assault to overthrow the South Vietnamese government. George and Hat were forced to evacuate with a few of their things, and soon left the country never to return.

But the Irwins didn’t retire from missionary work after leaving Vietnam. They continued working with Vietnamese refugees in Canada, the United States, and Europe. And their own children became missionaries in Vietnam, sending their children to Dalat School as well. In all, at least 40 family members from three generations of Irwins and Stebbins attended Dalat.

George and Hat finally retired in 1990 and returned to Canada. In 2007, George and Hat both passed away within two months of each other.

“I praise God and thank Him for my parents and our great missionary heritage,” says Edwin. “The sacrifices they made exceeded those made by soldiers who fought in the great wars. They willfully ‘denied themselves, took up their cross and followed Jesus’ to the end. When Christ returns, millions will worship at the His throne because they and so many others from my family answered God’s call to preach to the nations.”