The 1940s Brought Great Upheaval to Dalat School, a Small School for Missionary Children in the Highlands of French Indochina (Now Vietnam)

After the Fall of France during World War II, French Indochina was administered by the French Vichy government and was under Japanese occupation until March 1945, when the Japanese overthrew the colonial regime.

The Vichy government placed missionaries and Dalat students under house arrest for three months. Later in 1943, they were transferred to a Japanese internment camp in a city south of Saigon until the end of the war two years later.

Franklin Irwin (brother of Dalat’s first student, George Irwin), who was a high school student at that time, said classes never stopped. His teacher taught him in the morning, and he taught the younger children in the afternoon.

After World War II ended, the school returned to the Villa Alliance campus in Da Lat.

However, war and instability continued in French Indochina as the Viet Minh, the Communist army led by Hồ Chí Minh, fought against French occupation of the colony. This conflict would continue for eight years, until independence for Vietnam was declared.

For Bernard Jackson, discovering a life calling wasn’t instantaneous. Rather, it was a slow and steady unveiling, with clues pieced together over time.

Early on, it was difficult for Bernard to appreciate his unique upbringing — born in French Indochina in 1927, the third of four sons to U.S. citizens Richmond and Hazel Jackson, and growing up as a “missionary kid.” At the time, the challenges of cross-cultural living weren’t understood. Young children were separated from their parents to attend school, either returning to their home country or going to boarding school. And the region was plagued by political instability.

Despite these hardships, hope shined through.

“I’ve learned that in God’s economy, nothing is wasted,” Bernard wrote in an autobiographical essay. “I stand in awe of the kind of commitment that my parents and other missionaries made and lived out in their daily lives.”

At age 6, Bernard began his education at Dalat School, traveling 1,000 miles away from home by train. It was a deeply painful separation but soothed by Bernard’s discovery that Dalat was a “loving and excellent school,” he wrote. And his dorm parents there were his Uncle Herbert and Aunt Lydia Jackson. They were Bernard’s blood-related uncle and aunt, although all of the students at Dalat called them “uncle” and “aunty.”

A particularly vivid memory involved “Uncle Herb” teaching anatomy to older students by dissecting a deer after the younger kids had gone to bed. That experience, along with Bernard’s observations of a kind French doctor working with local patients, began attracting him toward the healthcare field.

In late 1940, Japanese forces began invading the northern part of French Indochina. By the following summer, they expanded to the south — the area where Dalat School was located.

Bernard began high school at Dalat that fall, but his parents soon decided to send him to the United States to finish high school. In October 1941, Bernard left French Indochina without his parents (traveling with another missionary family).

For the next year, as World War II escalated, Bernard didn’t know if his parents were alive or dead. Finally, in his high school senior year, Bernard was reunited in the U.S. with his parents and younger brother, who had been imprisoned by the Japanese.

With the war in full force and patriotism permeating the country, Bernard joined the U.S. Navy after completing high school. In his three years there, Bernard learned about nursing, operating room technique, working in a medical lab, and pharmaceuticals. Once he was released from the Navy, he was finally able to pursue the healthcare field he discovered God had called him to — dentistry.

“There is no doubt in my mind that God, knowing my personality, temperament, and gifts, led me into dentistry,” Bernard wrote. “Deep satisfaction came to me as a result of knowing that I was involved in the physical healing process of those who come to my office with pain, but an even greater joy came with I was involved with a spiritual healing. …I went to my office each morning expectant and eager to see how God would work in the hearts of my patients that day.” 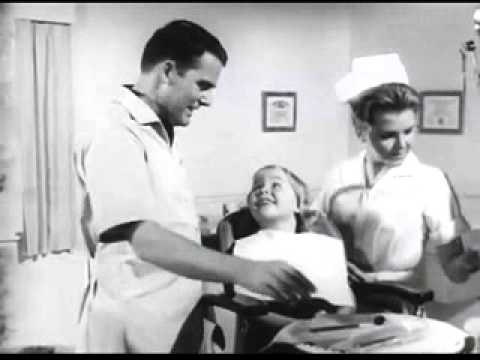 For 30 years, that office was in Round Rock, Texas, where Bernard lived with his wife Joan. Together they raised four children: Peggy, Steven, Lora, and Melinda. And together they served missionally to touch the lives of all those who entered Bernard’s dental practice.

After retiring, Bernard wrote: “As I look back…it is easy to see how God, always at work, was molding and making me into a man whom He could use. Nothing was wasted. My God saved me to serve Him.”