A New Home in Malaysia

Dalat School Had Survived the Tumultuous 1960s, When the School Was Forced to Evacuate From Vietnam to Bangkok, Then Later Moved to Malaysia.

The school had now settled in a hotel in the Cameron Highlands, and students and staff enjoyed the cool weather and mountainous surroundings. But there were challenges. The school was isolated in Cameron Highlands — the nearest city was a two and one-half hour drive on winding roads when healthcare or major supplies were needed.

Dalat had also grown to 180 students, and the compound seemed to shrink. The facilities — formerly the Eastern Hotel — never really fit the needs of a school.

Dalat’s director, principal, and business manager made trips to Singapore, Kuala Lumpur, and Penang, searching for a better place.

In the late 1960s and early 1970s, the British military began to withdraw from Malaysia. They would leave behind several military bases and facilities, and one was located in Penang: Sandycroft, a rest and relaxation center. In February 1971, Dalat administrators inquired about leasing Sandycroft, and the immediate response was dismal — others were interested in the site and the school wasn’t likely to get the lease.

But on April 19, 1971 — six years to the day from when the school abruptly moved from Vietnam to Thailand — Dalat negotiated the lease for Sandycroft.

Two months later, students and staff packed 37 truckloads of school supplies, furniture, and personal effects in Tanah Rata to be unloaded in Penang, all within one week’s time. The ensuing physical transformation of the British R&R center into a school took much work. Staff were exhausted when school began in the fall after a long summer of moving and renovating.

In August 1971, 214 students began classes for the first time at Dalat School in Penang, Malaysia.

Penang had so much to offer Dalat. The beaches were beautiful. Boarding students could arrive at the Bayan Lepas airport and shortly thereafter be on campus, rather than face an eight-hour bus ride to the Cameron Highlands. The school’s coaches and athletes liked the MSSPP sports program. The choir and drama club had new opportunities to perform. And families could attend concerts and drama productions sponsored by the Penang Arts Council and the British Council.

Like many Dalat alumni, Evelyn (Sahlberg) Lundberg Stratton grew up knowing what it meant to be called by God.

Each of her parents had felt the tug to pursue missionary work long before they met each other. It was a call to give up the security of life as they knew it to bring hope and joy to people in need.
What she didn’t know was that God would ask her to do the same thing. But for her, the venue would be far different.

In the early 1950s, Evelyn’s parents and an older brother moved from Ohio to Nongkai, Thailand, about a 13-hour train ride from Bangkok, where Evelyn was born in 1953.

Evelyn, at age 6, went to boarding school at Dalat International School, which was then located in southern Vietnam. It was difficult to be separated from her parents, but she was excited to be a “big girl” going to boarding school. “I had a very independent streak,” Evelyn said. “And my parents always made me feel very loved. So I absolutely loved [Dalat]. I had a very, very positive experience.”

Set in the mountains, the school was surrounded by conflict — it was the height of the Vietnam War. As the war intensified, students were confined to the campus. In 1965, after eight American servicemen were killed and 100 were wounded in a pre-dawn attack nearby, the school was evacuated.

During this upheaval, Evelyn happened to be in Bangkok getting braces on her teeth. She returned to Dalat once classes began again in Bangkok, then went with the school when the campus moved to the Cameron Highlands in Malaysia.

“Up in the mountains, it was just beautiful,” she said. “I’m a great outdoors person, and we did a lot outdoors. I loved the hikes. One of the most memorable hikes was when they took the entire school on a hike and we got lost in the jungle. We stumbled onto a hut, and they directed us back to a major road. We thought it was great, high adventure.”

Dalat was like one, big family, Evelyn said, and students often bonded closely with teachers who were like surrogate parents. Evelyn was especially close to a teacher named Mary Forbes, who taught at Dalat for more than 20 years. “Whenever I had troubles, I would go to her chalet,” Evelyn said. “She was my confidant. She was someone I turned to when I was lonely.”

Evelyn’s experience as a missionary kid was “ideal training” for the call God had prepared for her. “It taught me to stand on my own two feet, to be independent and strong,” she said. “I learned to make my own decisions…I’m really not much afraid of anything.”

After leaving Dalat and returning to the United States, Evelyn earned a Juris Doctor from The Ohio State University College of Law. She was hired by a small trial firm at a time when almost no law firms were hiring women. At age 34, she ran for office and became the first woman and youngest trial judge in Franklin County, Ohio. Presiding over major cases ranging from complex civil actions to capital murder, she established a solid record of judicial integrity, fairness, and diligence. 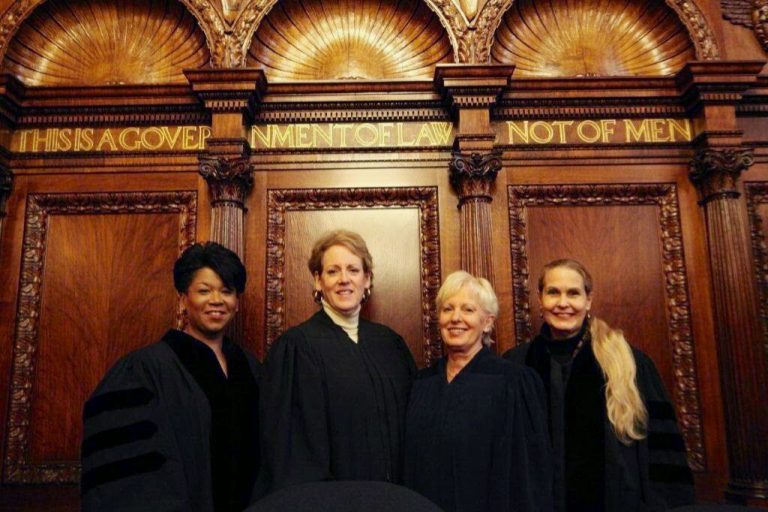 Evelyn’s calling to help those in need has been at the forefront of her work. She is deeply involved in reforming the process of adopting abused and neglected children and also works on reforms for those with a mental illness who are trapped in the revolving door of the criminal justice system.

“With the ‘clout’ of my title, I have been able to bring about real attention and reforms to this area,” she said. “[I] feel that this is part of why God gave me this important job — so that I would have a big platform from which to preach the need to treat persons with mental illness with compassion and medical care instead of prison.” 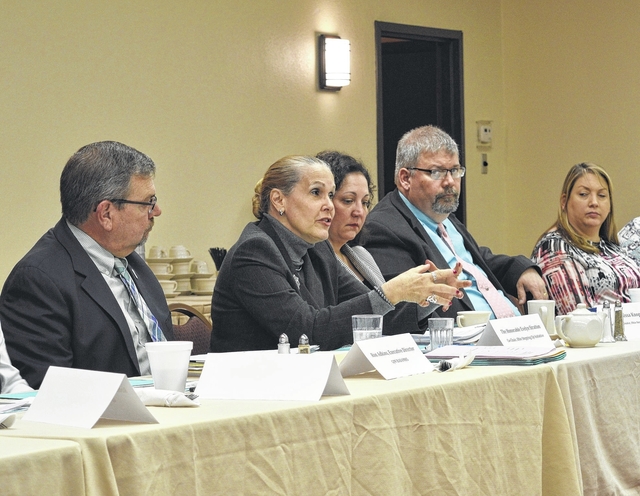