After Two Decades of Instability and Upheaval, Dalat School Found Its Footing in the 1980s in Penang, Malaysia.

There, the school flourished on the former British military rest and relaxation center known as Sandycroft. Students and staff enjoyed the beautiful surroundings: beaches, jungles, and warm weather.

The school was able to participate in local MSSPP sports — with girls’ volleyball winning the Penang schools’ under-18 championship in 1980. And the choir and drama club found new opportunities to perform.

The student body hovered around 200 during this decade, with the majority of students in the boarding program (although the number of day students was growing). In 1980, Dalat created its first co-ed (mixed gender) dormitory on campus.

In 1988 a new Student Center at the center of campus was welcomed with great excitement. It housed computer facilities, an audio-visual room, a counseling office, and a canteen.

The building was dedicated in memory of Bob Carter, a teacher who died in fall 1986 after rescuing a student who had fallen into a river and was about to plunge over a waterfall. Mr. Carter was able to push the girl to safety, but then was swept over the falls himself and killed.

Scotty Wisley isn’t one to hold back.

In typical third-culture-kid fashion, Scotty has traveled all over the world to pursue his passions. But one special place — Papua, Indonesia — captured his heart so much that he’s stayed on for nearly 20 years.

The challenge of this untamed environment — and the people who live there — was a perfect fit for Wisley and his love for adventure and calling. “We believe our call as Christians is to fulfill the Great Commission as Jesus modeled it, which is disciple making,” Scotty says.

The call to go to Papua took root during his years at Dalat when approached by dorm parents, Virg and Bonnie Adams. “They called me in one day and shared all about Papua,” Scotty says. “They said they thought I had what it took. They wondered if I would be willing to serve in Papua.. I always loved ‘Irian’ as it was known and was touched that they saw the potential in me. I said ‘yeah’ but didn’t really understand how hard it would be.”

Scotty’s first visit to Papua was more than 10 years later, in 1995, when Dalat grads John Cutts and Buzz Maxey invited him there to provide community development consultation.

During his years in grad school Scotty developed a program to change lives on both sides of the globe. Called EduVenture, it contained the key elements Scotty is passionate about: cross-cultural studies, working with the poor, discipleship, and adventure. Scotty designed the program as a study-abroad experience for American college students in conjunction with another program called Netaiken which was a leadership development program for Papuans.

Many alumni from the Netaiken program are now involved in Ob Anggen which started 9 years ago.

“Our kids needed an education, as did all their playmates in the village,” Scotty says. “As we considered the options, the weight of the command to ‘love your neighbor as yourself’ started pressing in, and we felt we had no choice but to start a school for all the kids. We realized that the parents here love their children as much as we love ours, and the best way to love them is to address what is most important to them, their children’s futures.” 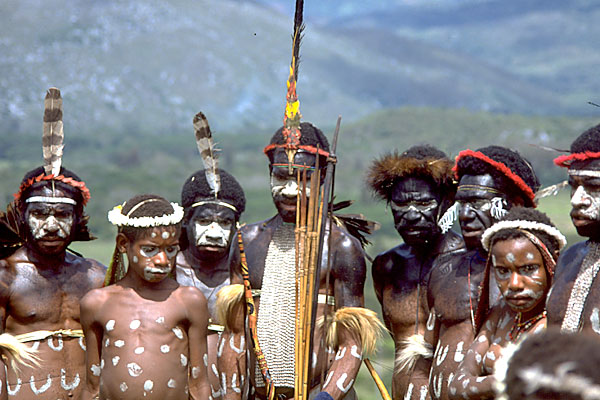 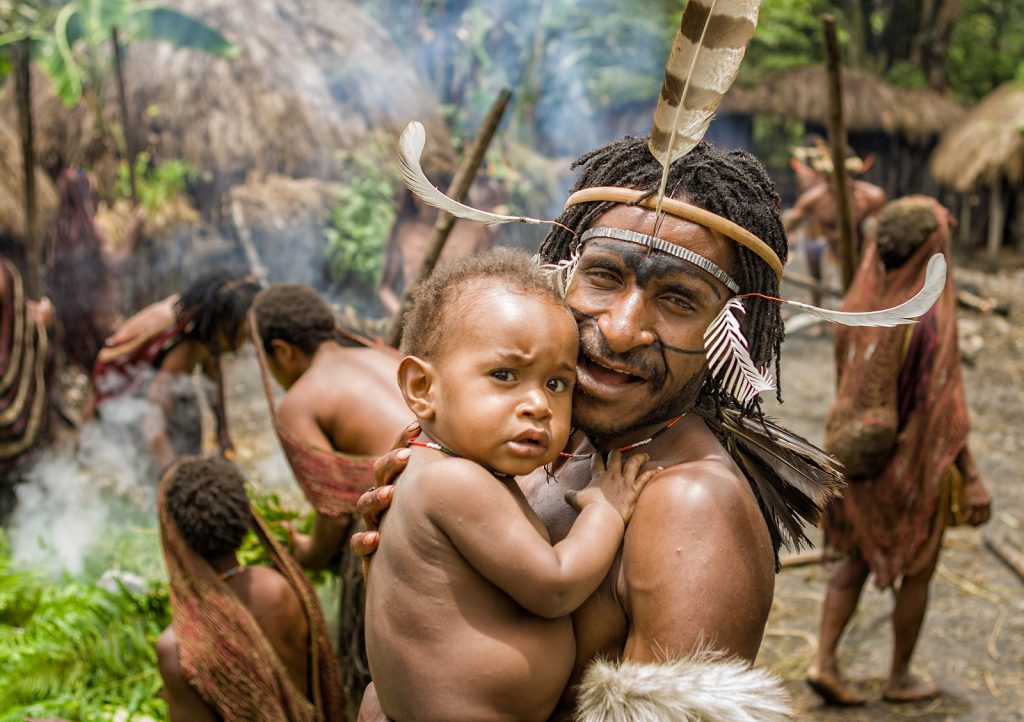 The logistical challenges of running quality village schools in the highlands are immense, but Ob Anggen is passionately committed to empowering families. The families live in the villages, so that is where the schools run. This makes the cost and challenge high, but it’s well worth the eternal gain.

“God created family, humans create schools. Don’t trade what God made to get what is man-made — get them both,” Scotty says.

Scotty, and his wife, Heidi — an MK (missionary kid) who grew up in Papua — started the preschool with Walker and Arwen and 13 local kids. In the last nine years, this has grown to schools in three villages with more than 300 students with requests for at least 20 more schools. The plan is to keep adding a grade each year through high school, providing an international standard of Christian education. 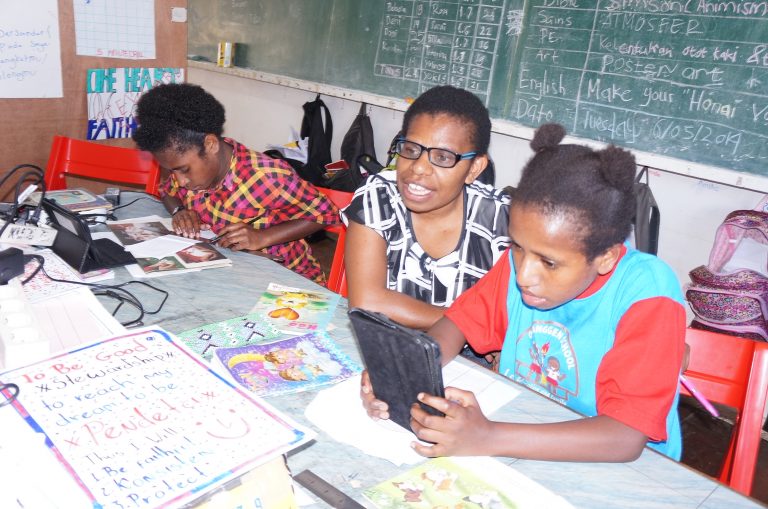 At Ob Anggen, Scotty hopes to mirror the “education for life” model used at Dalat, which so deeply influenced him.

While at Dalat, Scotty received the discipling that would shape his worldview and later vocation and calling. “We had community at Dalat, and I have spent the last 20 years intentionally creating discipleship communities,” Scotty says. “[John] ‘Tommy’ (Tompkins) was the primary one who discipled me, but many others played a role. Ed Miner was instrumental in changing my life as were the Livingstons, Miss Kelk, the Strongs, Kirkhams, Carlblooms, Penlands, Hortons, and many others. Even though I was a bit of a terror, I was very well loved, and I am grateful for that. I hope in my lifetime that my own two kids, and a couple thousand barefoot Papuan highlanders, can experience that too.”